The Rest of Sundance

I know it's been two weeks since Sundance ended so this is kind of anti-climatic.  I saw a lot of celebs, mostly while I was working so I couldn't take any pictures.  I showed Zoey Deschanel and Demi Moore to the ladies' room on the same evening, I served Katie Holmes and Ray Liotta and a child star whose name I never did figure out.  I saw Patrick Wilson (told him I loved him in Watchmen), Greg Kinnear, Tobey McGuire, Dennis Haysberg, and many others who I recognized but didn't know their names.

The only film I went and saw was My Idiot Brother with my SIL Andy.  It had an all-star cast.  The movie was fun but pretty mainstream and average, especially for a Sundance film. 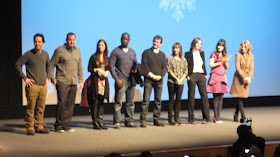 Paul Rudd, ___, ___, ___, Hugh Dancy, Rashida Jones, Emily Mortimer, Zoey Deschanel, and Elizabeth Banks.
I'm a fan of all those listed but only ONE came over to the handful of fans waiting out back to meet them. 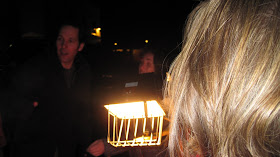 Thank you to Paul Rudd, who at least made a half-ass attempt to please his fans.  I saw him another time when he also would not stop for a photo with me. 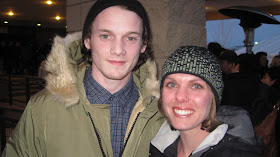 Here's an ugly picture of me with Anton Yelchin (aka: Chekov from the new Star Trek) who I ran into three times over the course of the week. 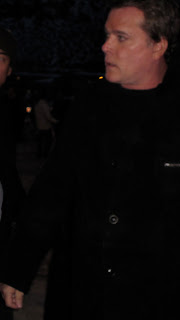 Took this random picture of Ray Liotta for some unknown reason. 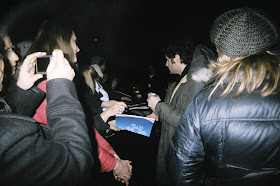 The handsome and gracious Penn Badgley of Gossip Girl. 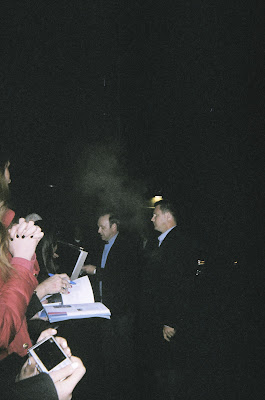 The awesome Kevin Spacey (who spent the most time with fans)! 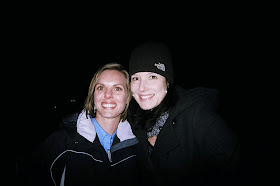 My amazing date Arianna and I frozen to the bone!
(I had three hours of sleep the night before this and am in my work clothes after working a nine-hour shift at my day job.) 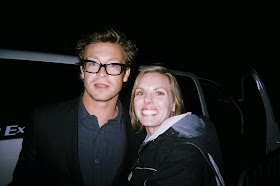 I'd seen the incredibly handsome Simon Baker the night before when serving him cookies at a cocktail party.  I was totally starstruck and gasped aloud.  He didn't hear me over the loud music so I just mouthed, "I'm a huge fan", which I doubt he understood.  I'm a big fan of the tv show he stars in, The Mentalist (and also liked him in The Devil Wears Prada).  When I saw him again, I was determined to get a photo with him (even if it isn't a very good one).  When he headed for his car saying he was very thirsty and needed a drink, Ari and I both shouted out to him and I got his attention asking if he was heading back to where I'd seen him the night before.  He said, "I can't tell you that!" so I told him he could appease me by taking a photo with me:)
Emily at 3:36 PM