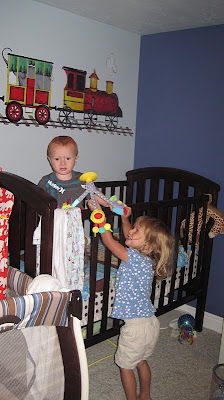 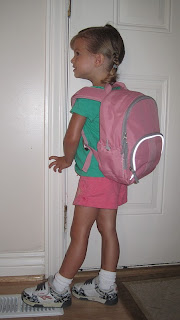 The kids went backpacking with Dad, Papa, and Grammy while I worked & had class over Labor Day. 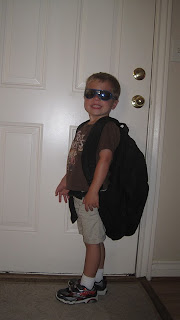 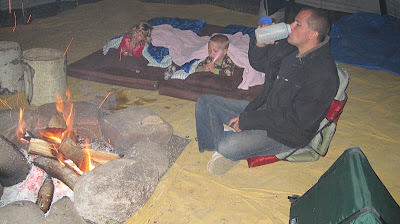 Brandon & Alan set up Al's 26 ft. teepee behind the cabin and we spent a night in it. 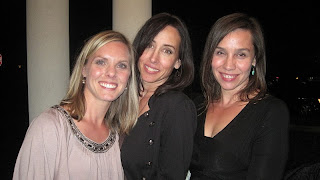 Farewell BBQ for my screenwriting class 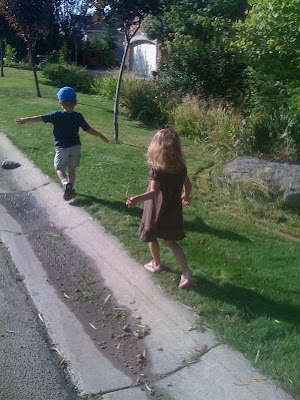 Walking Jonah to his first day of preschool 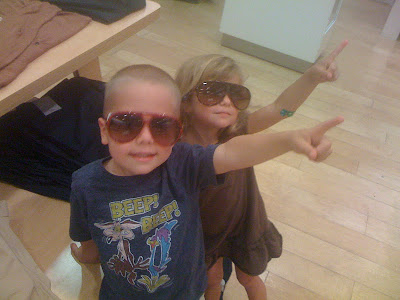 They posed themselves for this one! 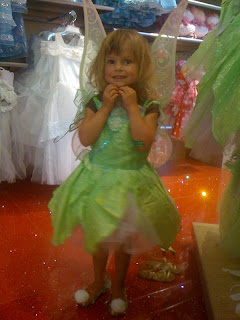 Trying costumes at The Disney Store.  She tried on every pair of princess shoes in the store! 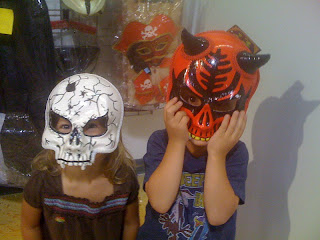 Having fun in a Halloween shop in the mall 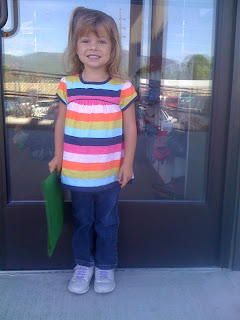 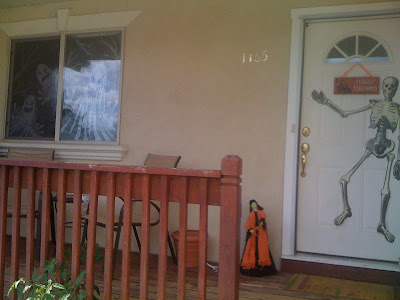 The Halloween decorations go up 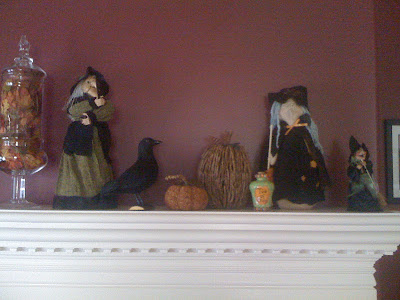 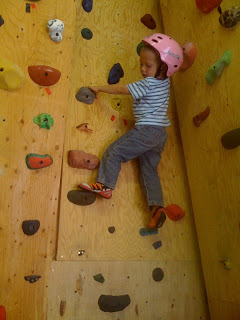 Jonah tries a climbing wall in our friend's garage 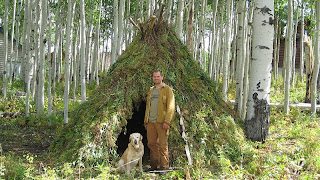 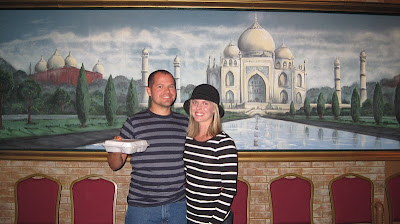 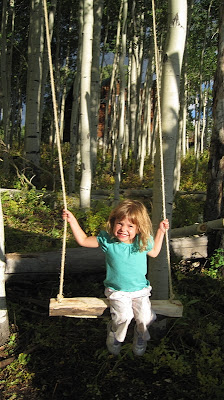 Brandon makes the kids a swing 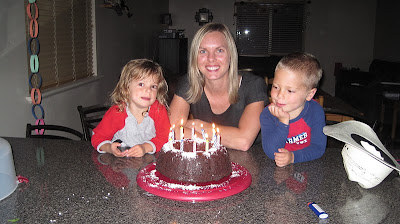 Brandon bakes me a birthday cake (he's a keeper isn't he?) 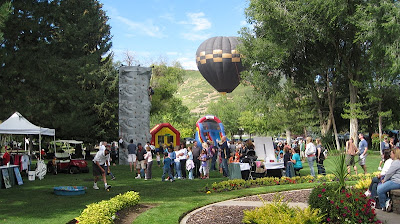 The kids take advantage of everything there is to do at The Homestead's 125th Anniversary festival this past Saturday.  We had a blast! 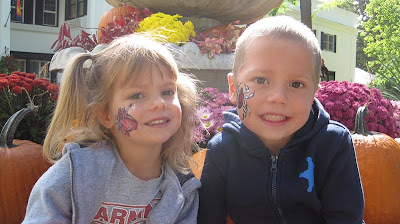 Elora got a unicorn and Jonah a spider 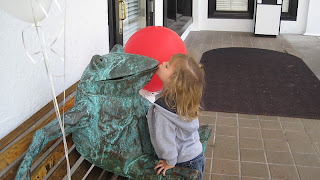 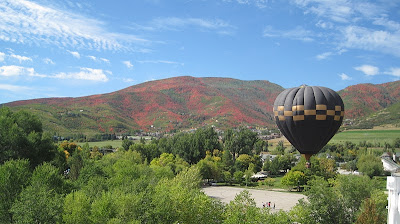 The leaves start to change on the mountains
And that's not counting playdates, catching a frog, catching a snake, going on walks...
Posted by Emily at 8:39 PM 2 comments: 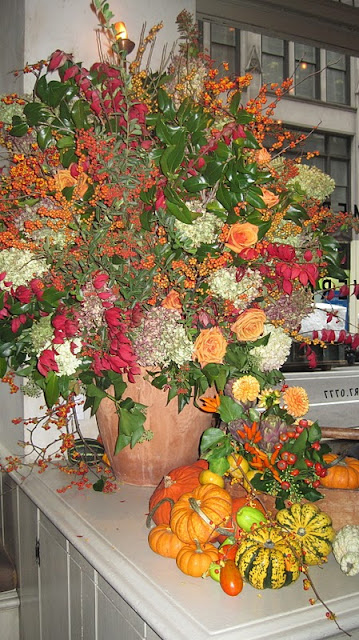 September and October are my favorite months of the year.  September has warm days but the evenings are starting to cool off.  Change is in the air.  People start wanting to cook indoors and bake again.
October is cool and crisp and smells of dried leaves and pumpkins.  Winter squash, apples, and soups are in season:)  Not to mention quick breads and pumpkin desserts.  Halloween decorations are up (mine actually come out around Labor Day).  The leaves are changing.  Sweater season (I wish I could wear a pair of jeans, a sweater, and boots everyday of the year.  At least I can for all of Oct. and Nov. and again in spring.)  Ah, I love it all!
Fall is also my favorite time to travel, especially to places with gorgeous foliage.
Reminiscing:
Oct. 2003 - my first trip to NYC.  Gorgeous.
Oct. 2006 - Massachusetts.  Beyond gorgeous.
Sept. 2007 - 2nd trip to San Francisco.
Sept. 2008 - Oklahoma, southern UT, & AZ (two gorgeous fall weddings) 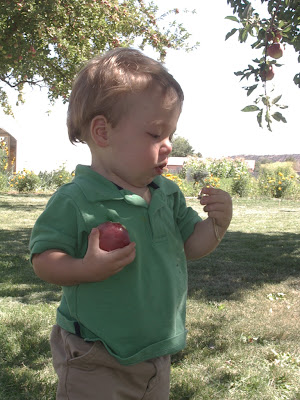 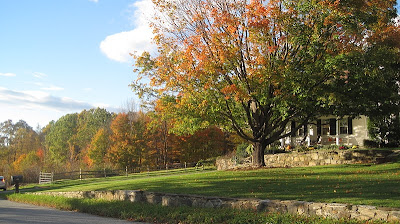 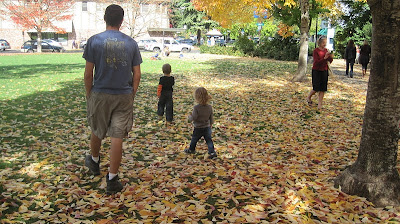 I was reading a recent blog of my cousin-in-law and felt inspired to organize.  Brandon took the door off our pantry several months ago as it can't open if either the fridge or the dishwasher are open (poor kitchen design).  Having a large pantry is my favorite feature of this house, but it's still hard to keep tidy. 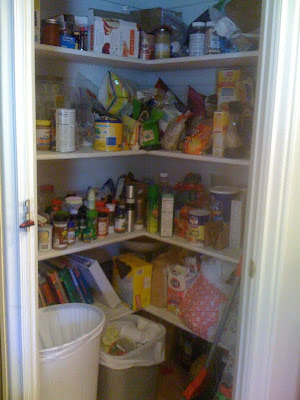 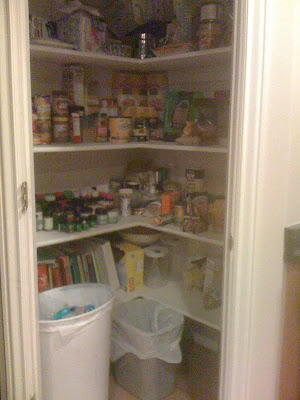 The photos hardly do it justice.  I stood and admired the finished project for several minutes.  :)
Posted by Emily at 8:57 PM 1 comment: