Nothing on the New Releases racks interesting you? Try these instead: 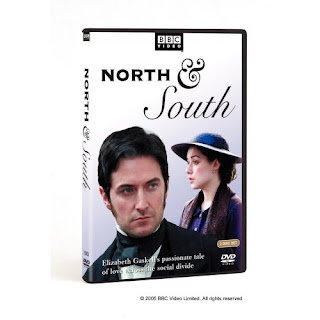 The House of Elliot (British tv series) - set in England in the 1920s, two very deprived and sheltered sisters loose their domineering father and set out to become fashion designers.

Arrested Development (American tv series) - only lasted three seasons, but every episode had me laughing outloud. All about an extremely disfunctional family.

The Dutchess of Duke Street (British tv series) - follows a woman from scullery maid to chef to king's consort to hotel owner to caterer.

They Call Me Trinity - slapstick Western.

Strangers on a Train- an Alfred Hitchcock gem.
The Lady Vanishes - older Hitchcock gem. Don't let the terrible model set at the beginning keep you from continuing on.

Daniel Deronda - a love triangle and a secret past. Brought to you by Masterpiece Theatre.

Miss Marple Mysteries: A Murder is Announced - possibly my favorite film of the series. You will suspect every character!

thanks for the ideas! i am always at a loss at blockbuster.

arrested development is the funniest show ever.