The weekend began on Friday with Elora bonking her eyebrow on the coffee table. She fell down some stairs on Saturday and scraped her face up a bit. She bonked her head at least two more times over the weekend requiring ice and tripped multiple times and acquired a couple more scratches in various other ways... 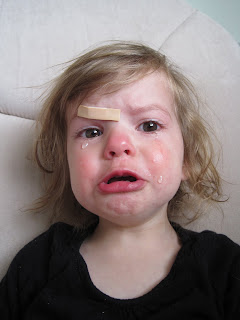 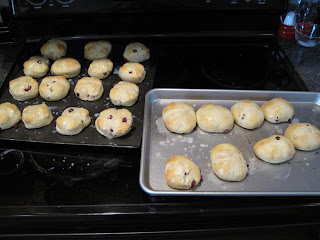 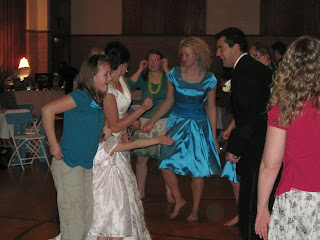 Friday night was M'Lindsay's (Brandon's 2nd cousin) wedding reception. Best decorated LDS Cultural Hall I've ever seen:)
Friday night (actually 2:30 am on Saturday morning) my brother Mark (age 21) showed up at our house with three of his friends after a long roadtrip here from Mesa, AZ. 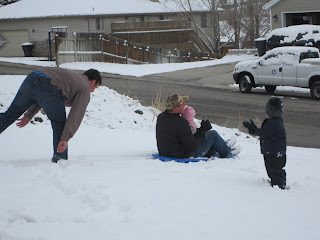 Fun in the snow with Uncle Mark on Saturday morning! 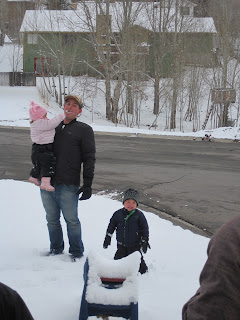 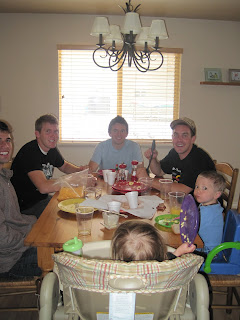 Breakfast with Uncle Mark and his friends. Followed by watching some General Conference. 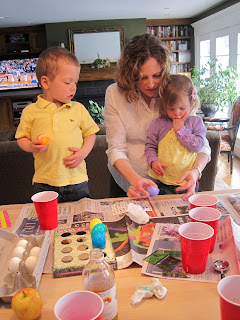 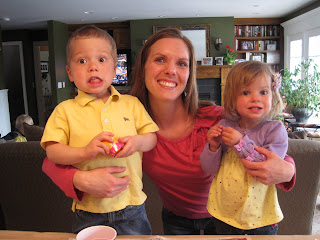 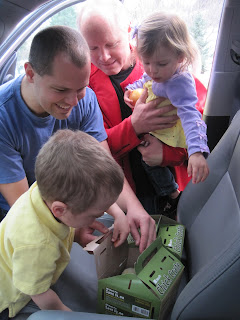 Alan got the kids six chicks for Easter! Brandon and I have been wanting to raise chickens for eggs but hadn't decided which coop to build or what kind of chickens to get yet. Alan got two chicks each of three different kinds:) 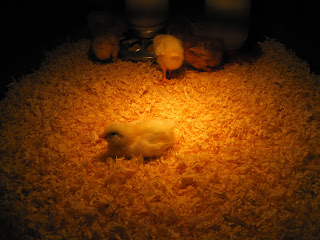 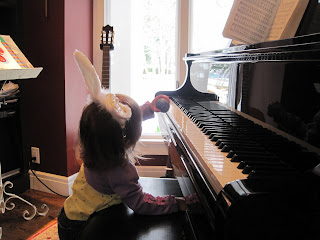 Easter egg hunt in Papa Alan & Grammy Linda's house with our kids and both of their "adopted" grandkids. 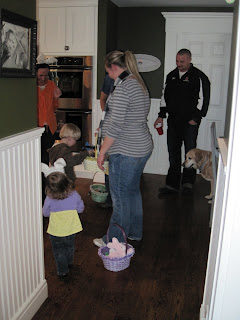 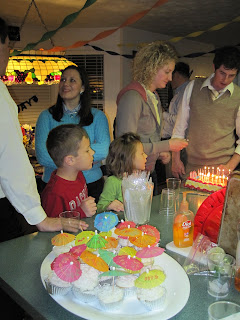 Stopped in at the end of Deidre's (Brandon's cousin) 40th birthday party on Saturday evening with Andy and Linda.

Stayed the night at Alan & Linda's house on Saturday night. Took the kids and the dog on a walk in the morning after watching a little conference. Went to the park and wiped enough snow off the swings and slide to play there while the boys went and saw Clash of the Titans.
Sunday evening had dinner over at the Harvath's. Delicious!! 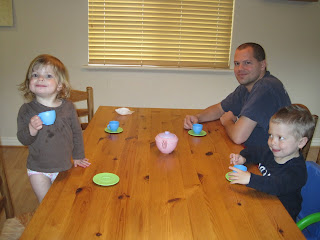 Wrapping things up with a tea party this morning with the kids' new Easter tea set.
Posted by Emily at 4:05 PM